The 2021 Porsche Macan S isn’t a radical redesign, but it does feature a refreshed front face, which includes a new radiator grille and large air intakes. It also gains an integrated daytime running light. The rear lights have also been tweaked, and Porsche has added a new diffuser. The new Macan is also available in a variety of new colors. The Macan’s center stack features more than two dozen buttons and toggles for quick adjustments.

The interior of the 2021 Porsche Macan isn’t quite as spacious as rival SUVs, but it’s comfortable and supportive, even for tall drivers. It also features a high-quality dashboard and tachometer that give a sense of precision when driving. The upscale cabin is well-designed and features piano black and aluminum trim. Check out the huge inventory of Porsche Macan S

If you’re thinking about buying a used Porsche Macan, be sure to check for recalls and updated software. The early model has been recalled because of a problem with the timing case seal, but the problem was fixed in the later models. However, the repair isn’t easy and requires knowledge and experience. Moreover, the car must be removed from the car in order to perform the repair, which can take about 40 hours. In some cases, you may have to bring it to a specialist to get it done.

The 2021 Porsche Macan S has a few key features that make it an attractive SUV. First of all, it has a very stylish front grille and intake setup. It also has a slick contoured design. It also has a standard mobile Wi-Fi package and USB ports. Apple CarPlay and Siri voice control are also available. This SUV also offers a wide range of safety features including Lane Departure Warning and ParkAssist front and rear. Other features include adaptive cruise control and Lane Change Assist.

In terms of performance, the Macan has a seven-speed dual-clutch transmission and great handling. It also offers a comfortable ride quality and a firm suspension. You can get optional air springs and adaptive dampers if you want a softer ride, but these options are more expensive than the standard suspension. The fuel efficiency rating isn’t very high, though, and you’ll probably never see more than 20 miles per gallon in typical driving. Also, active safety technologies like collision-aware braking and automatic braking are expensive.

The 2021 Porsche Macan S is available in three trim levels, each with its own unique set of standard features. All three models come with a seven-speed PDK transmission and all-wheel-drive. The power plant varies based on the trim level, with a base model featuring a 2.0-liter turbo-four, a mid-level model with a 3.0-liter turbo-four, and the top trim with a 2.9-liter twin-turbo V6. The base model also comes standard with a partial leather interior, parking sensors, a ten-speaker audio system, wireless Apple CarPlay, and more.

The 2021 Porsche Macan S is one of the most popular compact SUVs on the market, and its spec sheet is pretty impressive. In addition to standard features such as Apple CarPlay, this model also gets a turbocharged 2.0-liter 4-cylinder engine. A 7.7-speed automatic transmission also comes standard. The GTS trim is also better equipped, with standard sport air suspension and Porsche Active Suspension Management.

The Porsche Macan was introduced in 2016 at the New York International Auto Show. The base model uses the Volkswagen Group’s 2.0-litre inline-four EA888 Gen 3 engine, which was also used in the Audi Q5. This engine was the first four-cylinder Porsche to use since the Porsche 968. As of the 2017 model year, this engine was globally available. Porsche also announced that a 2.0-litre four-cylinder diesel engine would join the range, but it was never offered.

The 2021 Porsche Macan has a refined chassis, powerful turbocharged engines, and a comfortable cabin. It’s a dual-purpose vehicle that excels at track-days and running errands. Its suspension is poise personified, yet firm enough for cornering. This SUV is also available with all-wheel drive.

The 2021 Porsche Macan S Exterior and Interior are designed to exude luxury. The interior features luxurious leather seats and a quiet cabin. It also comes with an advanced infotainment system and a cockpit display. The Macan also offers wireless smartphone charging and surround-sound audio system.

The entry-level model starts at $52,500. It comes with a turbocharged four-cylinder engine that puts out 248 horsepower and a seven-speed automatic transmission. Other standard features include a 10-speaker audio system, a navigation system, Apple CarPlay and Android Auto, a rearview camera and a power liftgate.

The 2021 Porsche Macan comes in four trim levels, with a base model that is good for most shoppers. It comes with a potent four-cylinder engine, standard all-wheel drive, and a surprisingly large number of tech features. However, if you want to upgrade to a higher-end model with more power, you should opt for the high-performance versions. The high-end models are equipped with brawnier V6 engines. The Macan offers a wide range of options, from sportier to purely functional. But remember that active safety features are only available on the base model, so keep that in mind when choosing a car.

Whether you’re looking to purchase a Porsche Macan or a used minivan, it’s important to do your homework before you make a purchase. First, be sure to do a pre-purchase inspection. This will help you discover mechanical issues and identify potential problems with the vehicle. If possible, you should also look at the vehicle’s repair history. This will help you avoid purchasing a used car from a seller who doesn’t let you inspect it.

Make sure that the car is still under warranty. While new cars are guaranteed to be free of defects, a used car may not be. A faulty transfer case could leave you stranded with an expensive repair bill. Porsche recently extended its warranty on the transfer case. However, it may be too late to make the repair.

Another thing to look for in a used Porsche Macan is if the car still has a back-up camera. This feature is often a subject of debate. Some drivers have complained that the back-up image is out of focus and interferes with their ability to back into a parking space.

The 2021 Porsche Macan S will travel 15,000 miles per year and consume 15 barrels of petroleum. Most of this petroleum comes from the United States, Russia and Saudi Arabia. This car will emit 441 grams of CO2 per mile, which equates to 6.6 million kilograms of carbon dioxide per year. To offset these emissions, 225 normal trees would need to be planted.

The new Macan S has improved performance. Enhanced power outputs and sharper styling make it instantly recognisable as a Porsche. The new Macan features a new interior and revised architecture. It also comes with a 2.0-litre, four-cylinder turbo engine producing 265 PS and 400 Nm of torque. Despite its compact size, the GTS has an excellent performance, completing a 0-100 km/h sprint in just 4.3 seconds when equipped with the optional sport Chrono package. The top speed of the car is 272 km/h, which means that it’s not only fast, but also efficient.

The Porsche Macan S 2021 boasts a 7-speed dual-clutch transmission, which makes it a practical, yet sporty car. It also offers excellent handling and a firm ride. Optional adaptive dampers and air springs can also be purchased to further improve the Macan’s comfort and ride. Unfortunately, the Macan doesn’t offer excellent fuel economy, and it won’t break 20mpg in normal driving. Despite this, it’s worth opting for the optional air springs and adaptive dampers. In addition, Porsche hasn’t yet made a diesel or plug-in hybrid version of the car, but it’s working on an electric version for the future.

In terms of design and performance, the new Macan S sits in the sweet spot of the Macan line. A new, uprated 2.9-liter twin-turbo engine blends with the car’s handling wizardry to produce performance and handling that rival the 911. This car is also capable of taking on the Audi SQ5 and BMW X4. Other rivals include the Alfa Romeo Stelvio Quadrifoglio.

The Macan features advanced safety technology. Its bumpers have two deformation elements to absorb impact, and the doors feature side-impact beams to help minimize injuries. This SUV also comes with a new generation of steering wheel and gearshift paddles for manual shifting. All of these features make the Porsche Macan S one of the most advanced SUVs on the market.

The Macan S is Porsche’s mid-level crossover model. It sits between the base Macan and the top-level GTS, and splits the difference in performance and price. However, its mid-level S trim has a lot of standard features. It offers eight-way power front seats, heated front seats, four USB-C ports per row, and a 10-speaker sound system. It also features numerous driver-assistance technologies, including lane-departure warning, adaptive cruise control, and blind-spot monitoring.

The 2021 Porsche Macan is a reworked version of the current Macan. It features new features and improved functionality. It has also received a power boost. Its petrol engines have also been upgraded. It will be available in two trim levels – Macan S. The 2021 Macan S will receive a 2.3-liter turbo engine.

The Macan is also equipped with a standard 12-volt outlet and USB ports. It also comes with a 10-speaker audio system. Its interior is mostly black, but Porsche also offers different interior trims. Available options include body color, carbon, and gloss black finishes. Burr walnut trim is available as well.

The 2021 Porsche Macan S is a refined version of the previous model. It is more sophisticated and powerful, thanks to its new engines and updated styling. It will be available with a redesigned interior. The cabin has been given a more modern feel, and Porsche has even incorporated Apple CarPlay. 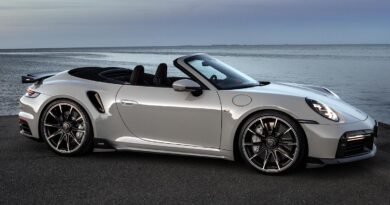 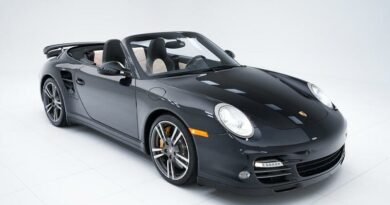 Porsche 911 Turbo S Cab Reviews – What About Features And Specifications? 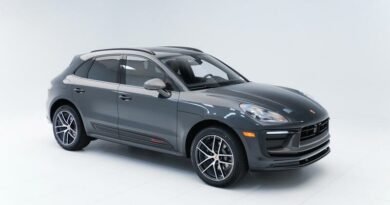 2023 Porsche Macan T Review – What To Look For While Buying A Used Macan T? 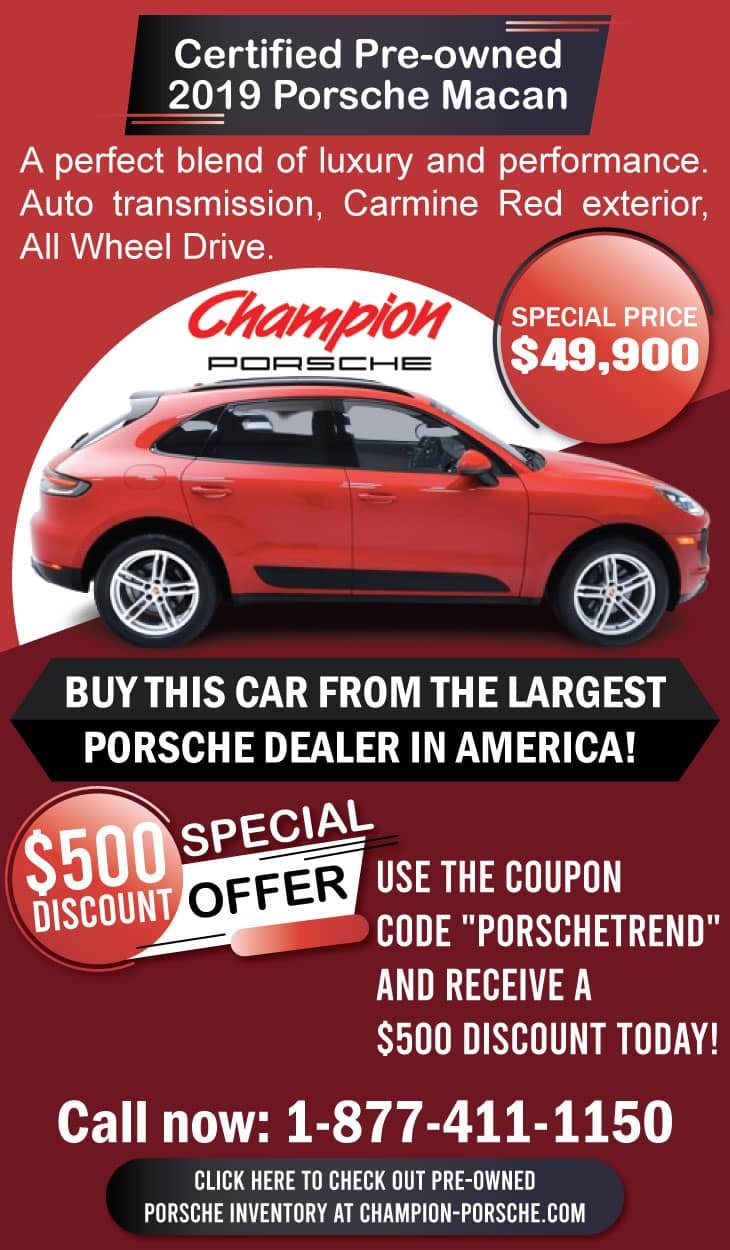 When you’re looking to purchase a used car, there are a few important things you need to keep in mind.

Aventurine Green Metallic Porsche 911 Review – – How To Buy A Porsche 911?

2020 Porsche Macan S for Sale – What Makes This Luxury Vehicle So Popular?